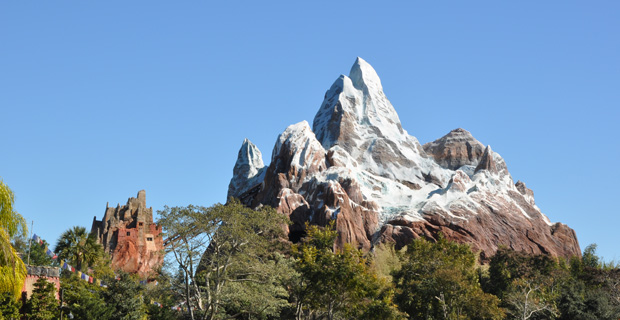 Universal adding a THIRD theme park – What’s Disney up to?

I got asked by a guest last year if Disney would be ‘worried’ about the fact that Universal Studios is opening a third theme park on land they have to the SouthEast of their two existing parks. It is my opinion, and experience, that Disney is thinking so far ahead that everything Universal tries to do will always be ‘catch-up.’

Many years ago, when we took a Keys to the Kingdom behind the scenes tour through the Magic Kingdom, our guide discussed with us the fact that since opening in 1971, Disney had added a new theme park roughly every ten years to Disney World. He told us that a very specific, calculated decision had been made to NOT build another gate, but instead to spend the money that they would on a fifth park, on renewing and adding to the four existing parks. If one considers everything that has been done so far, and what is currently being added to Epcot, they are doing exactly that.

I don’t think Disney has a thing to worry about no matter what Universal does. Do you know what the second busiest park is at Walt Disney World after the Magic Kingdom? Animal Kingdom! The park which used to be a perennial distant fourth in attendance. Why is it doing so well? Expedition Everest opened, and then Pandora, the land of Avatar. With another three or four Avatar movies in production, the park will keep producing for a while to come.

The expansion of Fantasyland at Magic Kingdom was a huge change, greatly increasing ride capacities, even if the rides were kind of lame. But the centrepiece of the area, the 7 Dwarfs Mine Train Coaster is a top class ride, incorporating (like Pandora) amazing new animatronics that look like living cartoons. And it may seem like a small change, but it wasn’t given that it is the most popular ride in the park, they doubled the size of Dumbo, giving people there what they want. If you haven’t checked it out, find out about the Tron Light Cycle Coaster now under construction beside Space Mountain, and what it will be like. This is a thrilling, adult oriented roller coaster that provides a unique experience. It was first introduced at one of the asian parks, and quickly became the top drawing ride there, and the track is already being assembled at Magic Kingdom, with the roof to be then built above it.

At 14 acres in size, the new Star Wars land, called Galaxies Edge is hardly a small expansion. You will have guests talking about going to the ‘Star Wars’ park, just like they have for years talked about going to the ‘Harry Potter’ park, and you had to explain to them that it was part of an existing park called something else.

If you add up everything that Disney has been doing, and will be completing over the in time for the 50th Anniversary of Walt Disney World in Fall 2021, they HAVE built the equivalent of an entirely new park, but in such a manner as to really help what many have considered to be parks that were getting old and stale. They certainly aren’t that now, and won’t be after the next two years of work are finished.

And all of that, without the price of an additional gate admission and parking charge.

Finally, consider the attendance numbers from 2018:

Disney worried? Not at all. Universal needs another gate just to stay in the game.

With all of the expansions, upgrades and improvements, all in time for the 50th Anniversary, you’re about to see a major jump in attendance, excitement, and overall buzz for Walt Disney World!

If only we can get the pandemic behind us!

About the author:Rob Peters is the Site Administrator, Blogger and Chief-Touble-Maker on BreezyOakVillas.com When not online, he is managing his terrific vacation rental properties in Florida, or admiring his three adult kids and loving his wife Donna.

Check out our Online GuideBook & App!

Thank you for your subscription.
Your email format is wrong!
Sad, but we couldn't add you to our mailing list ATM.